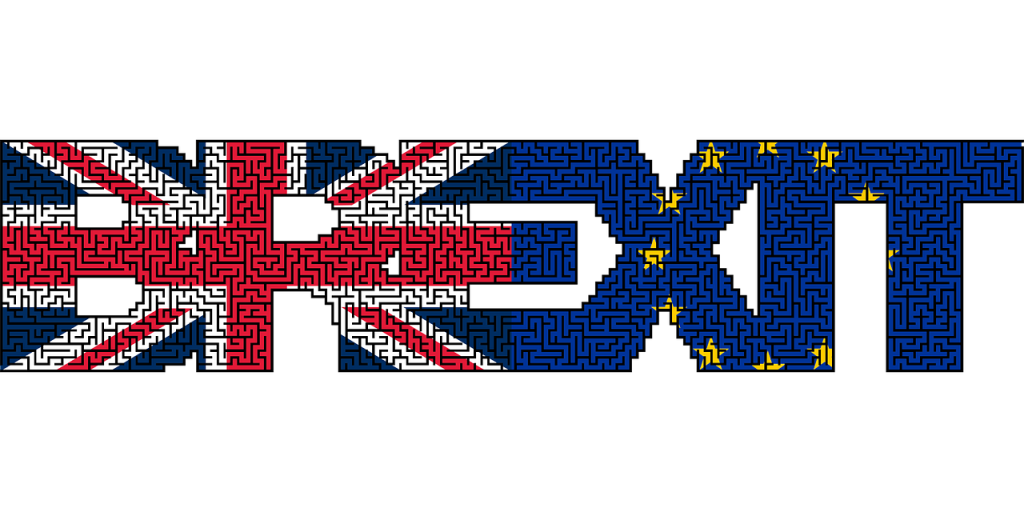 The end of the Brexit implementation period (31st December 2020) will bring about changes in law which will affect some of the entries in LUS’s legal registers. In particular, some of the EU Regulations will have a duplicate ‘GB version’ after IP completion day. We set out below a summary of the legal affects and the changes you will see.

N.b. domestic legislation in the Republic of Ireland is not affected. If you are based outside the UK and do not trade with the UK, the changes below do not affect you.

Are there any significant changes to my health, safety and environmental duties that I should be aware of?

In short, not much.

Why are there two versions of EU legislation (an EU version and a new GB version) in my register?

In order to avoid a sudden and dramatic change in regulation for businesses in Great Britain, the European Union (Withdrawal) Act 2018 provides that all EU Regulations previously enforceable in the UK up to the end of the Brexit implementation period, are copied into law in Great Britain (England, Scotland and Wales). This means that from 1st January 2021 there will be two versions of EU Regulations in your registers:

The new GB versions of EU Regulations are referred to as ‘retained EU law’.

What is the difference between ‘exit day’ and the ‘IP completion day’?

Therefore, where Brexit amendments to legislation were due to come into effect on ‘exit day’, the European Union (Withdrawal Agreement) Act 2020 overrides this and replaced ‘exit day’ with ‘IP completion day’.

How is Northern Ireland affected by these Brexit changes and is it different from what’s happening in Great Britain?

Therefore, if you are based in Northern Ireland, you continue to comply with the EU version of EU Regulations. The GB versions of the EU Regulations do not apply to you.

Why do I still have EU Regulations in my register?

Are the EU and the GB versions of the EU Regulations identical?

The new GB versions of EU Regulations are not identical.

For example, GB organisations will no longer be able to register chemicals with the European Chemicals Agency and therefore the UK* version of REACH delegates the HSE as the new UK REACH regulatory body. The GB versions of the EU Regulations also set out transitional arrangements detailing what happens to registrations and authorisations held by GB organisations with European bodies such as the European Chemicals Agency. The GB versions also change various definitions and references from EU to GB terminology and restrict the scope of the Regulations to GB.

Which version (EU version or GB version) of EU Regulations do I need?

If you continue to trade with the EU or with Northern Ireland, you will probably need to keep the EU versions of EU Regulations.

If you trade solely within Great Britain i.e. you are not importing or exporting any raw materials or finished products outside Great Britain, then you probably only need the GB versions of relevant EU Regulations.

If you do both, then you will need both the EU and the GB versions.

There is no way for Legislation Update Service to know which situation applies to each customer.  Therefore, wherever you had an EU Regulation in your register and you have ticked any UK jurisdiction in your register set up, you will also get the new GB version of the Regulation. You then need to decide whether to keep one or other or both versions. You can move any version you don’t need to ‘irrelevant’.

(N.b. if you are based solely in the Republic of Ireland and have not ticked any UK jurisdiction in your set up, you should not have any of the new GB versions of the EU Regulations).

The EU frequently amends and updates EU Regulations in order to reflect amended and updated standards. In the past, those amendments applied automatically in the UK. From 1st January 2021, any new amendments to the EU versions of Regulations will not automatically apply in GB. It is likely that UK legislators will choose to update the GB versions of Regulations so that they continue to mirror the same standards as the EU. However, the UK Government will no longer be bound to do so, and for that reason, it is possible that the UK Government will choose to diverge from some EU standards. In this manner, over time, GB versions of EU Regulations may diverge from the EU versions.

I make and/or distribute chemical products. What has changed?

If you simply use chemicals (but you aren’t making or selling them to others) there is unlikely to be any change you need to be aware of.

If you do make or sell chemicals, you will probably already be aware of the following:

The underlying requirements in these Regulations concerning the standard to which chemicals are made, packaged, labelled, etc are not changed. However, if you are placing chemical products on the market in GB (either by making them or by importing them), or if you are based in GB and placing products on the market in the EU/ Northern Ireland, there are significant changes in the procedure for registration and authorisation of various products. Note that these changes also apply to you where you are an organisation which has sites in GB and you also have ‘sister’ sites in the EU and you are importing chemicals from any of your EU sites to your GB sites (or vice versa). You will need to consult the relevant pages (i.e. the ones listed above) in LUS concerning the changes to those Regulations.

I make and/or distribute CE marked products. What has changed?

There is no change in relation to existing CE marked stock which has already been ‘placed on the market’ before 1st January 2021.

The changes below apply to placing goods on the market for the first time on or after 1st January 2021. The procedure for carrying out conformity assessment and marking of goods in the UK will change, but the standard to which goods must conform is not planned to diverge from existing EU standards (at least for the time being).

Manufacturers, importers, etc placing goods on the market in Great Britain will need to UKCA mark goods from 1st January 2022 (i.e. in 12 months time). Most new CE marked goods can continue to be placed on the market in GB until that date after which time they must be UKCA marked.

Goods placed on the market in the EU

Goods placed on the market in the EU will continue to need to be CE marked (the EU will not recognise UKCA marking). This means that in time, GB manufacturers may need to both CE and UKCA mark their goods.

The rules in relation to Northern Ireland are different and somewhat complex (and may be subject to further change).

Northern Ireland will continue to apply EU rules directly. Goods manufactured in Northern Ireland to be placed on the market in the EU must be CE marked. Where third party conformity assessment is required the assessment must be carried out by an EU recognised ‘notified body’.

If the goods will be placed on the market in Northern Ireland but not within the EU, they can either be CE marked or UK NI marked. Note that if the conformity assessment is required to be carried out by an independent body, it must be an EU recognised notified body if a CE mark is to be applied (a UK recognised approved body cannot carry out the conformity assessment).

If the manufacturer intends to UK NI mark, the conformity assessment can be carried out by a UK recognised approved body. (Where a UK NI mark is to be applied, it is applied together with a CE mark, but note that this is not recognised in EU Member States, i.e. only a CE mark on its own will be recognised in the EU).

Businesses in Northern Ireland will continue to be able to place CE or UK NI (or in some cases UKCA) marked goods on the GB market. This is particularly complex and we recommend that you review the Government’s own guidance here and here.

Why are my previous audit comments and compliance status still recorded on the EU version?

Where either you or we have previously completed an audit and recorded audit compliance comments and traffic light status against an EU Regulation, those comments and status should remain against the EU version of the Regulation. This is because at the time the audit was completed and the comment posted, the EU Regulation applied directly to you. You do not need to move the comment across to the new GB version of the Regulation, though you can copy it across if it is relevant and applicable to you as at 1st January 2021.

What’s the difference between a Regulation and a Directive?

An EU Regulation is directly enforceable against individuals and organisations in all EU Member States (and in the UK until the end of the Brexit implementation period). A business which breaches an EU Regulation can be prosecuted by state prosecutors.

EU Directives are instructions from the European Union to EU Member State governments to enact national legislation to implement requirements in the Directive. The Directives have never been directly enforceable against individuals or businesses in EU Member States (or the UK).

Why do I still have EU Directives in my register?

EU Directives are instructions from the European Union to EU Member State governments to enact national legislation to implement requirements in the Directive.

Directives frequently contain annexes which set out standards or criteria which are then enacted by national legislation. For example, Directives set out the standards to which machinery must comply in order to be safe prior to being CE marked. Legislation in the UK often refers to the annexes in Directives and will continue to do so even after the end of the Brexit implementation period. For that reason, Directives may continue to be relevant to your business even though they do not create duties which apply directly to you.

Has LUS been able to update all the entries in my register to reflect the current position as at 1st January 2021?

Brexit has been an unprecedented challenge for us, given the volume and complexity of legislation issued, much of it very late in 2020, and all of it planned to go live on 1st January 2021. This is compounded by ongoing uncertainty regarding negotiation between the UK and the EU late into 2020, the position relating to Northern Ireland, and the associated uncertainty regarding implementation dates.

We have endeavoured to ensure that relevant updates have been included in the ‘updates’ section. We therefore recommend that you check the ‘updates’ section to see what updates have been issued. Not all ‘Summary and Duties’ text will have been updated by 1st January 2021 but we ware working through all the entries as fast as possible. For that reason, we ask you to bear with us while we update the entries as soon as we can.

Stay up-to-date with topical news and legislation from The Compliance People. Selected updates direct to your inbox.