Home → Updates → News → Airborne microplastics, a risk to us all?

Airborne microplastics, a risk to us all? 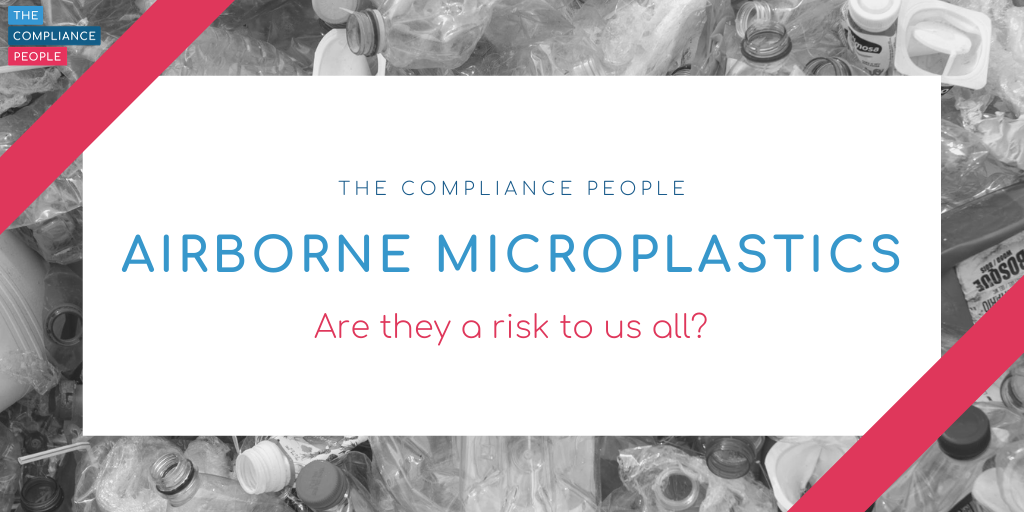 Plastic is increasingly becoming the material bogeyman of the modern age.

For decades considered a wonder material due to its ability to be moulded into any form and its low production cost, it seemed like the sun would never set on the world of plastic.  Alas, some things are too good to be true and the realities of a civilization hooked on plastic are becoming increasingly clear and worrying.

It’s impossible to ignore the aesthetic blight of plastic packaging on the natural beauty of our world or its effect on wildlife, however these threats to our natural world may just be the visible tip of the iceberg.

Awareness of how microplastics (defined as 5mm or less in size) affect the environment is widespread, however there is increasing concern that it could also be polluting the air we breathe.

In recent years a large amount of research has been conducted to assess the risk from microplastics entering the food chain and drinking water, but there is less information on the health risks associated with inhaling microplastics.

A groundbreaking study (found here), recently published in the scientific journal “Environment International”, found that London has worryingly high levels of microplastics in the air, even compared to other major cities such as Paris. It was also found that the air around the remote French Pyrenees mountains contains microplastics, raising concerns about how far airborne microplastics can travel from their urban sources.

Big steps have been made to reduce plastic waste in recent years. The charge on disposable carrier bags and the ban on disposable plastic straws have lead to a drastic reduction in their use. There’s also the rise in companies making the switch to plasticless packaging, so things can only get better right?

Perhaps, but it’s worrying to find out that in London at least, the vast majority (92%) of airborne microplastic fibres analysed was found to have come from the wear and tear of clothing, upholstery and carpets, with only 8% coming from other sources including the degradation of waste such as plastic bags and polystyrene foam.

The threat to human health remains relatively unknown, although previous studies on individuals who work in industries that have high exposure to plastic dust have proven links to inflammation of the airways and even leading to fibrosis of the lungs. Such studies may indicate a risk to the general public, however additional research is required to identify the scale of this potential problem.

Stay up-to-date with topical news and legislation from The Compliance People. Selected updates direct to your inbox.